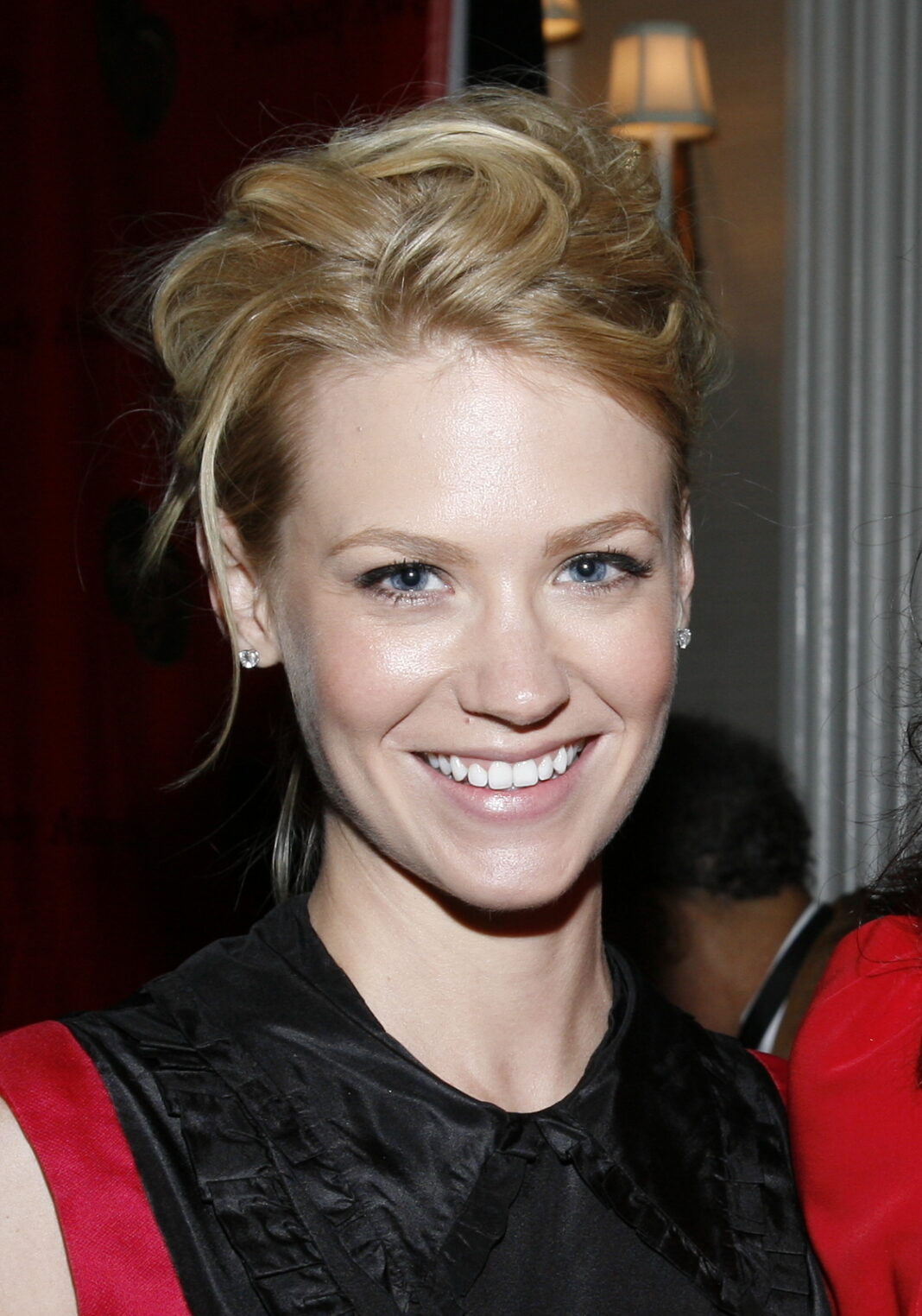 January Jones is an actress from the United States with a net worth of $10 million. Jones has played various parts in numerous projects throughout the years, but she is arguably best known for playing Betty Draper in the highly acclaimed television series “Mad Men.” Jones received critical acclaim and was nominated for two Golden Globes and an Emmy Award during her stint on “Mad Men.”

January rose to prominence outside of “Mad Men” for Melissa Chartres in “The Last Man on Earth,” a series that aired from 2015 to 2018. Jones is also a well-known actress, having starred in films such as “American Wedding,” “We Are Marshall,” “The Boat That Rocked,” “Unknown,” “Seeking Justice,” and “X-Men: First Class.” She portrayed Emma Frost, a superhero, in the latter film.

January Kristen Jones was born in Sioux Falls, South Dakota, on January 5th, 1978. Although you might think she was named after the month she was born, January’s parents called her after the fictional character January Wayne from Jacqueline Susann’s novel “Once Is Not Enough.” When Jones was a one-year-old, she relocated with her family to Hecla, South Dakota. January returned to Sioux Falls at 18 to finish her final year of high school.

After being discovered while still in high school, January began her career as a model. Jones moved to New York after graduation on the advice of the talent scout and began modeling for numerous companies. January has been in advertisements for brands such as Abercrombie & Fitch, Versace, Clearasil, and Kerastase over the years. Jones has featured on the covers of publications including “Interview,” “Allure,” “Rolling Stone,” “Town & Country,” “The Hollywood Reporter,” “Harper’s Bazaar,” “Marie Claire,” “Tatler,” “Glamour,” “Red,” “Cosmopolitan,” “Grazia,” “Tu Style,” “Maxim,” and “GQ” during her modeling career.

January Jones began to concentrate more on acting in 1999. She landed roles in the TV series “Get Real” and the film “It’s the Rage” that year. She starred in “The Glass House” and “Bandits” in 2001 and several TV pilots. Jones landed a considerably more significant part in “Anger Management,” opposite Adam Sandler and Jack Nicholson, after appearing in films like “Bandits” and “Taboo.” January had a busy year in 2003, with appearances in prominent films like “American Wedding” and “Love.”

Jones’ television career progressed at this time. She starred in the TV film “Love’s Enduring Promise” and the short-lived but critically praised series “Huff” in 2004 and 2005. She co-starred in the movie “The Three Burials of Melquiades Estrada” with Barry Pepper and Tommy Lee Jones in 2005. The critical response to Tommy Lee Jones’ directorial debut was largely positive.

January reprised her role as the wife of American football coach Red Dawson in the film “We Are Marshall.” Critics gave the picture mediocre reviews, and it disappointed the box office, grossing $43.5 million on a budget of $65 million. Despite her disappointment, Jones earned more exposure, which helped her obtain more significant parts in the future.

January joined the cast of “Mad Man” in 2007. She played Betty Draper, a suburban housewife of the main character Don Draper, in 67 episodes throughout the series’ eight-year run. “Mad Men” received significant acclaim from reviewers and was nominated for a slew of awards. There were 16 Emmys and five Golden Globes among them. Many reviewers see “Mad Men” as one of the finest television series of all time. January was singled out for acclaim, and her performances earned her nominations for two Golden Globes and one Emmy Award.

January continued to feature in films such as “The Boat That Rocked,” “Unknown,” “X:Men: First Class,” “Seeking Justice,” “Good Kill,” and “Unity” throughout her time on “Mad Men.” Jones moved on to “The Last Man on Earth” when “Mad Men” ended in 2015. She was cast in a pivotal part of the show and appeared in all 63 episodes. Jones will appear in a new episode of “The Politician” in 2019. She joined the cast of “Spinning Out” in 2020. However, the show was canceled after one season.

Jones was in a relationship with Josh Groban, a well-known singer, from 2003 to 2006. She gave birth to her first kid in 2011, although she has never divulged the name of the father. Jones began dating her co-star Will Forte in 2015 after meeting him on the set of “Last Man on Earth.”

January Jones’s sisters and family are from Sioux Falls, South Dakota. She goes by the name of January Wayne and appears in Jacqueline Susann’s once-is-not-enough potboiler book picture. She is the daughter of Marvin Jones, a wellness director and workout center trainer, and Karen Cox, a shop manager. She is of German, Danish, English, and Welsh ancestry. Jacey Jones and Jina Jones are her sisters. In 1979, her family relocated to Hecla, South Dakota; however, in 1996, they returned to Sioux Falls. She left Roosevelt High School and went on.

Even though January Jones’ income fluctuated throughout her stint on “Mad Men,” she finally reached a peak of $100,000 per episode. This corresponds to a per-season compensation of $1.3 million, based on an average of 13 episodes every season.

January was engaged in two significant real estate transactions in 2014. She purchased a house in the Topanga district of Los Angeles for $1.7 million in May. The four-bedroom property has a big garden with a swimming pool and a zipline, measuring 3,279 square feet. The house had just been refurbished when she bought it. Jones and her objective of raising her kid in a pleasant atmosphere fit the “family-friendly” place.

Jones sold her last house in Los Feliz for $1.37 million in September. The Mediterranean-style villa was built in 1923 and had a secured perimeter. The house has a total living area of 2,200 square feet, hardwood flooring, French doors, and three bedrooms. The property, situated on the iconic Los Feliz hillsides, offers spectacular views of the Griffith Observatory and the surrounding neighborhood. Jones originally paid $1.02 million for the house in 2009.

January Kristen Jones is an American actress born on January 5, 1978. She is well recognized for her role as Betty Draper in the television series Mad Men.

Is January Jones married or unmarried? There isn’t a husband for January Jones. On the other hand, the actress isn’t always open about her personal life.

Jon Hamm’s net worth is believed to be over $45 million, according to Celebrity Net Worth.