Home Tech SATA Connector on Motherboard: Types, Uses, And All Other Information You Need... 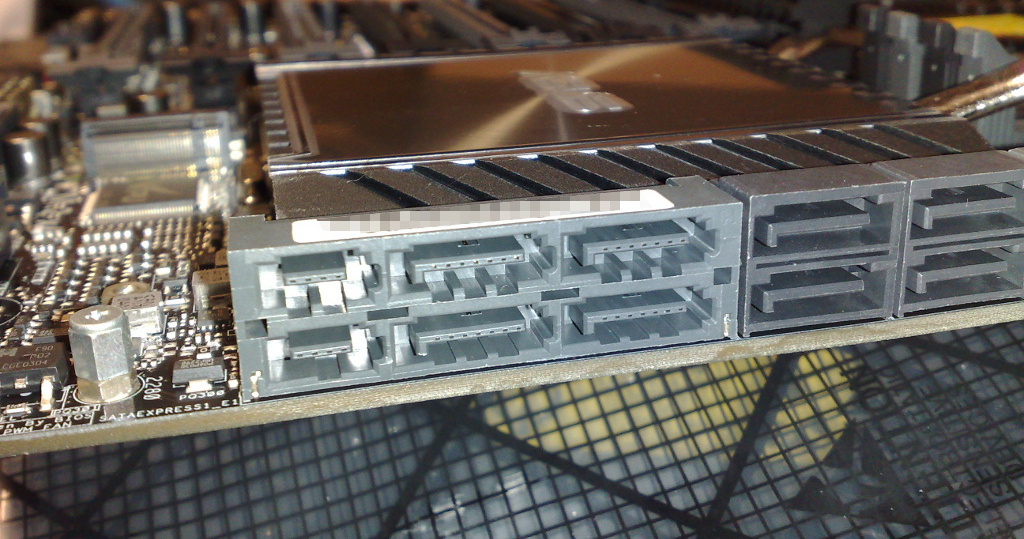 As the most common interface to connect hard drives. SATA ports are essentially tiny ports, measuring around 1.5 cm by 0.4 centimeters. It has precise notches and a well-known seven-pin connector with an L shape. On the motherboard, you’ll find all the SATA ports arranged close to one another, and all of them would have the same color. On certain motherboards, however, you might discover SATA ports with distinct colors, indicating the different SATA generation, and this is a crucial aspect to consider before connecting your device.

In addition, there are two-port that the SATA interface makes use of on the motherboard, there is a DATA port, and on the Power Supply Unit, a power port. We will touch on each of the SATA Data and Power ports.

There are two types of cables needed for SATA hard drives: the SATA DATA cable and the SATA Power Connector. Computers use SATA to connect storage devices such as spinning disk drives, optical drives, and SSD drives.

There are several variations for the SATA interface, the most recent version is SATA 3.

The majority of hard disk drives possess the mechanical capabilities of getting around 200 MB/s. In the case of a typical hard disk drive, SATA 2 and SATA 3 suffice to support the speed of these.

SATA port requirement: Data and power cables are required for each SATA drive. This SATA data cable comes with one end connected directly to the motherboard and the other to the drive.

There is an assortment of SATA ports arranged within a single corner on any typical motherboard. As previously mentioned, they are small ports, measuring around 1.5 4 cm in size, and are unique in shape, with distinct edges and an identifiable L-shaped connector with a middle.

SATA types and the Color Coding of the Ports

In general, most SATA ports are identical in color on every motherboard. When a motherboard comes with only one SATA version that is available across the board, it is possible that there won’t have any color code to be concerned about.

There was a SATA interface, along with the port, basically substituted it with the parallel ATA (PATA) interface. If you own an old computer, i.e., one that was built before 2003, you might have noticed large and long IDE cables that connect directly to 40 pins PATA connectors on motherboards. Despite its size and weight in size, the PATA interface, at its maximum, was able only to deliver the maximum of 133 MB/s.

Read More: A Comprehensive Guide About What Graphics Card Does the PS5 Have?

Number of SATA ports on the motherboard

However, the vital thing to remember is that SATA ports differ between motherboards. There are motherboards with several SATA ports. As many SATA ports are available, you can connect to more drives. You don’t require more than two or three SATA ports for a typical user.

As we mentioned previously, a SATA drive requires a SATA DATA cable connected to the motherboard’s port and an individual SATA-powered cable. Added to the Power Supply Unit, this cable is part of the SATA power cable. It uses a 15-pin connector to connect to a larger, L-shaped slot in the drive.

E-SATA is an ancient connector introduced when USB 2.0 was an extremely well-known interface to connect external devices. While it offered significantly faster speed (speeds for the SATA interface in itself) as compared against the 60 MB/s speeds of USB 2.0, It was unable to compete with the latest version of USB 3.0. USB 3.0.

Thus, even though it is true that the SATA interface is widely utilized for internal hard drives, However, the e-SATA port that is designed to be used for EXTERNAL peripherals is not used nowadays.

The SATA port is difficult to miss, and if you’re new to the installation of computers, asking yourself what the SATA port appears like is a possible inquiry. It is among the top crucial ports and interfaces on a computer. You must know how it appears and functions and understand what it does and what it does to differentiate itself from other interfaces like the PCIe port. The primary function of the SATA interface is to allow the addition of HDDs to your PC However, due to the faster PCIe-based NVMe SSDs becoming cheaper and more widely used, the need for SATA ports for the near future for the average user could become less popular.

Typically, several SATA connectors can be connected in a row on the edges of the PCI/PCIe slots. They could be stacked in the case of how many they are. Also, if your motherboard is equipped with I/O keyboards and other connectors, place them diagonally across the motherboard to them.

This Serial ATA (also known as SATA connector serves as an interface to connect an adapter for the host bus to an external mass storage device (or optical drive.

Each And Everything You Need To Know About How To Heat...